Looking to find a VW Campervan for sale? 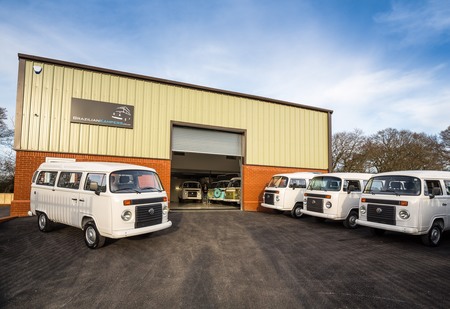 Every month thousands of people are looking for VW Campervans for sale in the UK which for a ‘little bus’ that started off life as a ‘motorised trolley’ transporting parts and spares around the Volkswagen Factory in the town of Wolfsburg, around 225km West of Berlin, is pretty impressive.
The story goes that Ben Pon, a Dutch business man who ran Pon’s Automobielhandel, the first ever dealer of Volkswagen cars outside of Germany, was visiting the factory and noticed that to transport parts around the factory a stripped down Beetle chassis with a wooden platform was being used. He made a pencil sketch of how he thought the trolley could be developed into a van – and it is this drawing that is reputed to have been the start of what became a world wide campervan phenomenon. 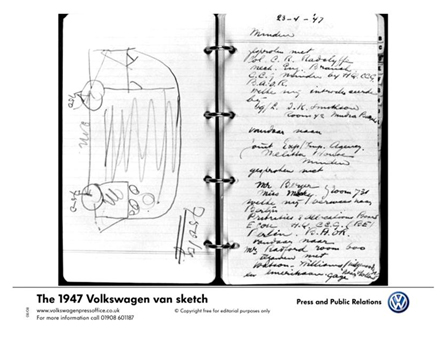 The idea was pursued by Heinrich Nordhoff, an engineer who was recruited as the Managing Director of the Wolfsburg Plant after World War II. Under his leadership productivity at the plant doubled and by 1961 production exceeded over 1m vehicles a year.
Volkswagen launched the first VW transporter, based on Ben Pon’s original sketch at the Geneva Motor Show in 1949. The transporter was considered to be a versatile load and people carrier. There was a basic Panel Van used for carrying loads but with the addition of seats, doors and windows the magic of the campervan started to take shape.

Just to clear up some confusion about names. The Beetle was officially known as the T1 – so when the transporter was launched it became known as the T2 – but confusingly the van became known as the Type 2 T1 – or the T1!
The van was positioned as affordable and adaptable and the design quickly became associated with iconic 20th century design.
In 1951 VW licensed Westfalia to produce a campervan using the Transporter base and from 1955 these started to be exported. Westfalia produced innovative ‘camping’ features that could be installed by owners who wanted to use the van for work purposes during the week and for camping at the weekend. 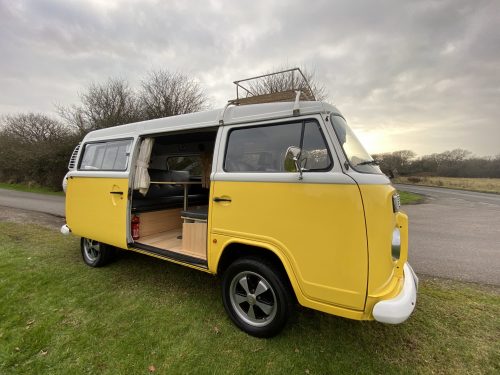 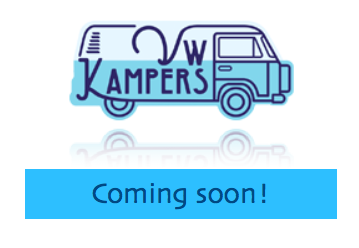 Engine:Water Cooled
Seats:4/5
The following VW T2 Kombis are either on their way in to us or are already here and awaiting preparation.  If you see a camper listed that seems right for you please call Tim on...
View Details 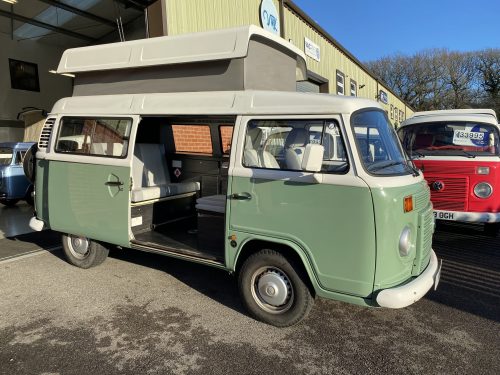 Year:2015
Mileage:29800
Seats:4
Berths:4
Another opportunity to own one of the last VW T2 Kombis to be built.  This 2015 is in the ever popular Sage Green under Candy White colours with fully retrimmed upholstery in attractive and practical...
£35995 View Details 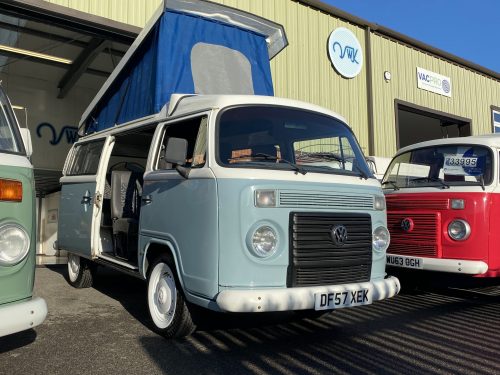 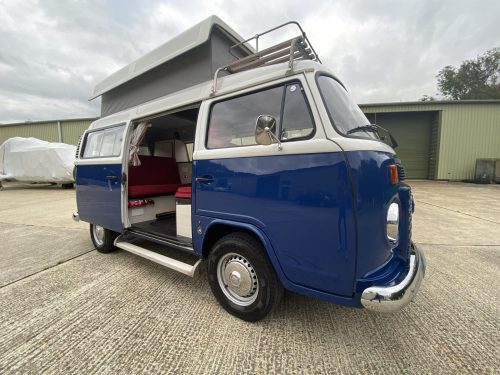 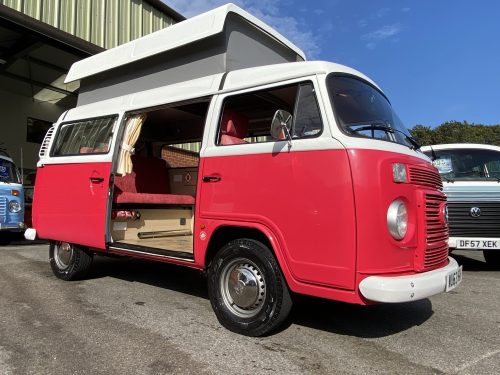 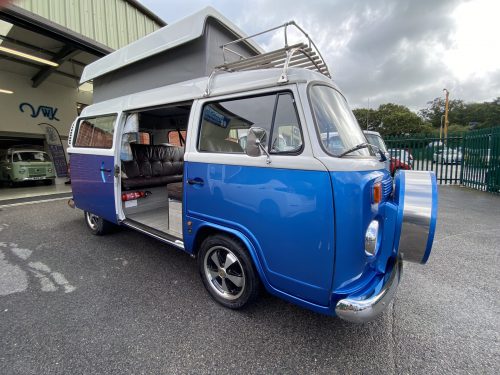 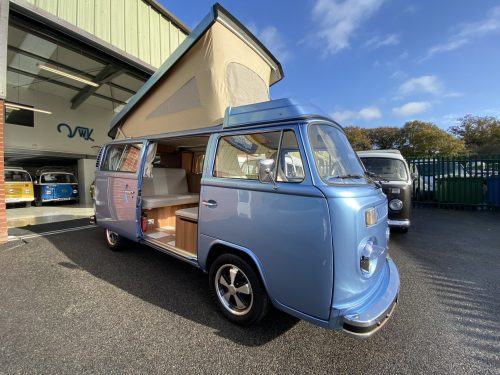 Year:1975
Mileage:70305
Seats:4
Berths:4
We know this Volkswagen well as we fully rebuilt it a few years back. It was sourced from the US for its already good condition and then put through a complete makeover to the fabulous...
£27995 View Details

You can see a ‘brief history of VW Campervans’ for more information.

Use the search box to find the product you are looking for.

No products in the cart.